The Beavers who meet of Wednesday evenings worked on their Experiment Badge in the Spring. We started by looking at what makes plants grow by doing experiments with cress. We also attempted to make rockets using vinegar and baking soda whilst we didn’t get the height we wanted they were still fun. For this badge we also looked at static electricity which resulted in some wild hair styles and we wrote secret messages using invisible ink (Lemon Juice). 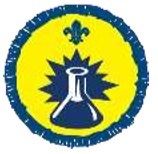 Old Amersham will hold a day in the Memorial Gardens to commemorate the songs and memories of those involved in the First World War on Sunday 27th July.

The centre piece of the commemoration will be a life-size re-creation of the SE5A1 Biplane, brainchild of Co-creators Andy Honour and Doug Miller. The two are both Leaders at 1st Chesham Bois Scout Group in Amersham, Buckinghamshire and have contributed their painstakingly produced models over a number of years at Amersham Carnival, including a scaled-down Lancaster bomber, complete with bouncing bomb and dam to celebrate the sixtieth anniversary of VE Day; a Diamond Jubilee Coronation carriage and a life-size inflatable blue whale.

1st Chesham Bois Scouts was formed in 1908, the same year that Scouting started nationally under the guidance of Robert Baden-Powell. It is one of the oldest groups in the county and country and sent both Scout Leaders and Scouts to the trenches in the First World War. The Group contributed much to the War effort both at home in the village and overseas in the battlefields.

Each Remembrance Sunday, after parading at the village memorial service, the group returns to its home at the Pioneer Hall to remember its fallen brothers at our Remembrance Wall. A plaque erected to Scouts lost in the ‘Great War’ survived a massive fire in 1931, was restored this century, and now proudly displays the names for current Group members to honour.

Our AGM was held on Thursday 3rd July at 8pm in the Pioneer Hall. At this meeting a special presentation made to Sheila Harley to commemorate her 50 years of working in Scouting.